The second president of the United States once lived down the street from our house: 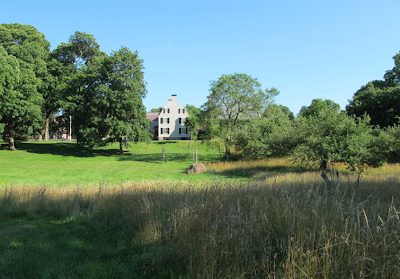 This morning, one of his letters came to me by Twitterfeed (not messenger, horse, or carriage) thanks to the MHS. The letter is an antiquated thing dotted with agelessness. From his spot in the 18th century, from our spot in the 21st, especially this week, we are sharing something pretty fantastic: WONDER. He asks the same grand questions about our universe, ones we are still shouting out into space today. Considering his level of excitement over the view of the Milky Way via Sir William Hershell's new-fangled "glass" (telescope), let's imagine what he would have thought of the view from the Curiosity! (I'm taking historical liberties to imagine he'd probably yell "Great Animalcules!", drop his pen, have a merry fit and then sit down to feverishly write some new correspondence...) 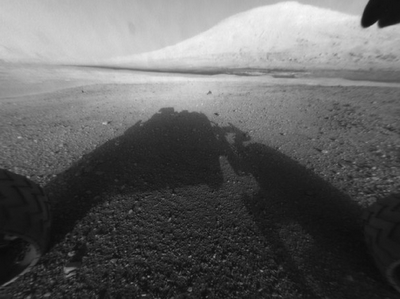 "...Herschell indeed with his new Glass, has discovered the most magnificent Spectacle that ever was seen or imagined, and I suppose it is chiefly as a Spectacle that his Discovery is admired. If all those Single double, tripple quadruple Worlds are peopled as fully as every leaf and drop is in this, what a merry Company there is of Us, in the Universe? All fellow Creatures Insects Animalcules and all. Why are We keept so unacquainted with each other? I fancy We shall know each other better, and shall see that even Cards and Routs, dancing Dogs, learned Piggs, scientific Birds are not so despicable Things as We in our wonderful Wisdom sometimes think them.

The Bishop of Landaff, has made the Trees, not walk, but feel and think, and why should We not at once settle it that every Attom, thinks and feels? An universe tremblingly alive all over. The more We pursue these Speculations the higher Sense We shall have of the Father, and Master of all, and the firmer Expectation that all which now Appears irregular will be found to be Design.

But where have I rambled?

I am glued to the Curiosity feed HERE. I hope that through all times, in all centuries, that we will always wonder. ♥

wow that letter is amazing. Modern people have become so literal...I love how strange and fanciful his language was just to express one idea!

I know! I love to wonder about what they would think of OUR use of language. My next goal is to incorporate "Learn-ed Pigg" into a 21st century sentence...

Socrates (long lost relative?) said
'Wisdom begins in Wonder' I trust we will always have reasons to wonder, imagine, daydream and question. That is the surest road to any art or creation. Thought-provoking post.

AH... I've watched all the episodes on John Adams as well... he was a very curious man.. and often amazed. I loved it. cool that you can visit his old home. :)