Part II: Behind the Scenes With the Bells

Good morning! Today is the second installment of the blog kickoff for the Fairy Bell Sisters! Books 1 and 2 are out on shelves now. For Part II: Behind the Scenes With the Bells, I'd love to show you some sketching from the studio... 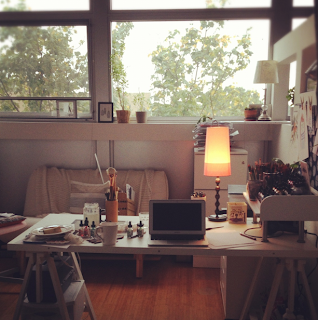 Once again, I found myself drawing siblings, and sisters, no less! As the oldest of five kids, it's always fun to seek out that "family resemblance" and build from there. There were lots of conversations about the Bell sisters between Margaret, Donna, Amy and the sales team. We settled on the idea that every fairy would look related but be distinctly individual (in hair color, skin tone, facial features, clothing style). I knew from the manuscript that these fairies lived in a very natural world and loved to play and accessorize with mussel shells and pine cones, feather skirts and milkweed pods... 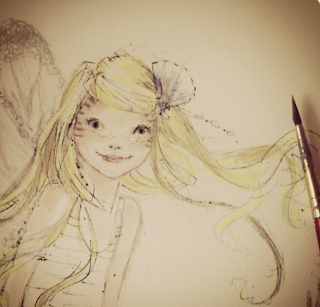 But first, I wanted to nail down my art style and decided what level of reality these fairies would exist in. It would help me to build the characters and world. Donna and Amy asked to see two styles: my graphic "crayon" style and a more realistic approach. So I experimented with Sylva (previously named "Silver")... 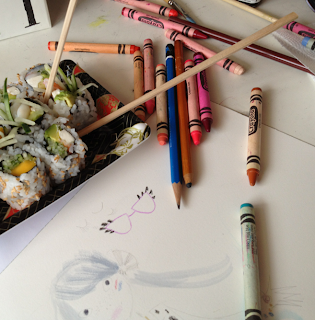 Style #1: Crayon (Interesting to imagine the series if it had gone this way, right?) 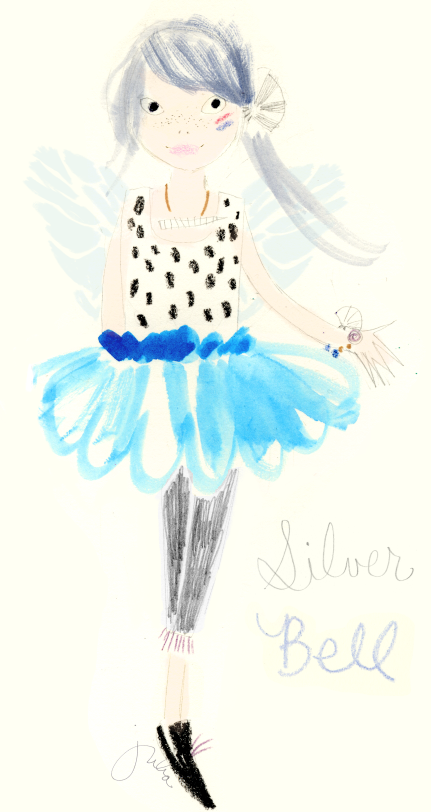 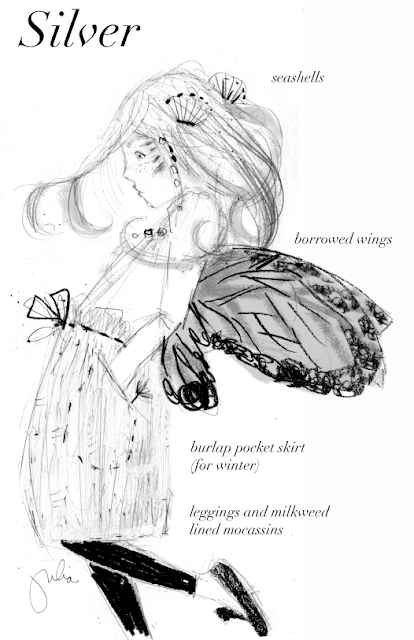 The team decided on realism, so I set to work on the sisters. At this point, I only had the manuscript for the first book. My favorite job as an illustrator is to extract visual clues from the author's story, and balance that with how they behave in my imagination. Choosing wing colors and variations on each fairy was a SUPER girlhood dream come true...I was in second-grade again!

Sylva was always platinum blonde in my mind, a little translucent and wispy. She's brave too (as you will see in the troll battle) and quick-thinking. Sylva always seems wide-eyed to me and seeking adventure. I kept imagining her as if she'd JUST landed for a moment to say hello before flying off again... 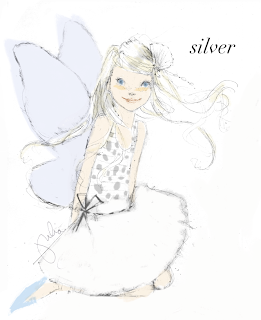 From the text, I knew Clara had dark skin that shimmered against an aqua gown. She is the oldest, very strong-willed, and a confident leader for her sisters. I gave her a noble gaze. 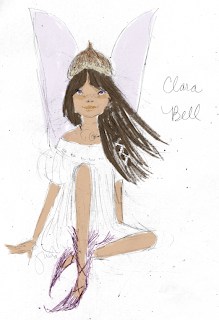 Goldie's the stylish, slightly self-involved sister, but with a heart of gold and a love of creativity. I imagined her weaving leaves and flowers into her hair. Sadly, her pixie-bangs were asked to be deleted, but I added them to other fairy friends later in the series! 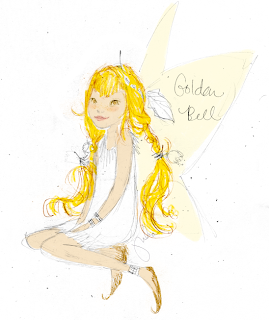 Rosy is brave, patient, loyal, and selfless. She has endless amounts of encouragement for her sisters, and an unguarded heart. I knew that the author imagined her as a redhead so I went that way... 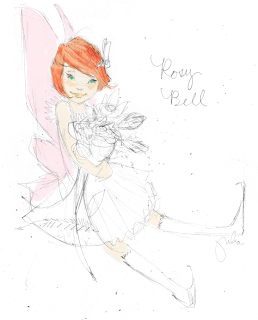 Squeak is just plain awesome. She's a baby fairy and can speak her own language! Examples: "Bo-bo"= let's eat, and "No lo-lo" = don't be sad. I pictured her with a wild little top knot! 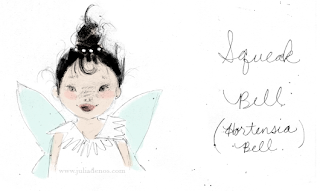 Then we started on the first two cover sketches. Sylva would be holding a mermaid's pearl or sea glass (from her exploits on the beach) and Rosy would have an armful of wild flowers (for a certain summer child...) 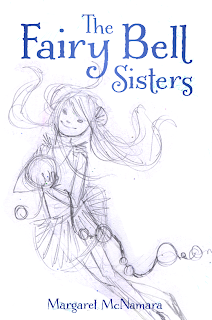 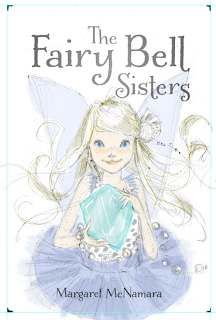 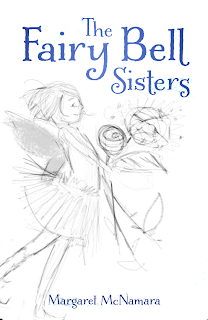 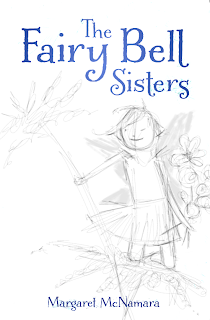 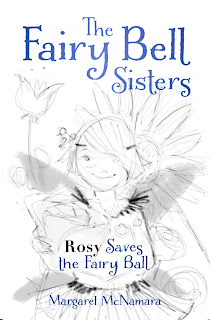 And as you might imagine, there were MYRIAD outfit changes in the course of sketching and revised sketching, painting, and Photoshopping! I think we got Sylva and Rosy to where they needed to be: 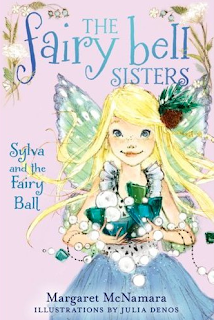 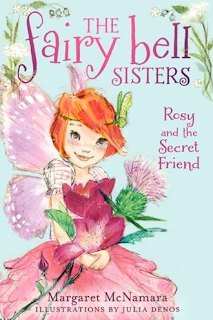 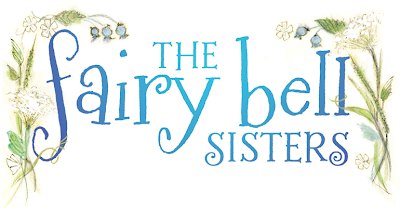 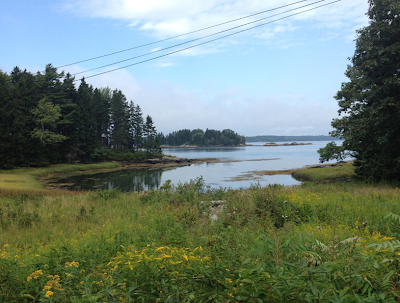 You can read Part I: Fairy Bell Release Day HERE.

So enchanting, and wonderful to see how you work the process. Thank you for sharing this.
Jeannie

love to see all the "behind the scenes" work put into this series!! It must have been a blast!! :)
I think they all look perfect and I wish that they lived nearby...
:)
awesome job, Julia- you are super duper talented~

i. Love the woodsy elements...all the pieces of milkweed and feathers! So much fun!

And to Momma D!

Oh my gosh. Such a dream! You're sooo talented!